The Website of the South Cheshire Branch of CAMRA 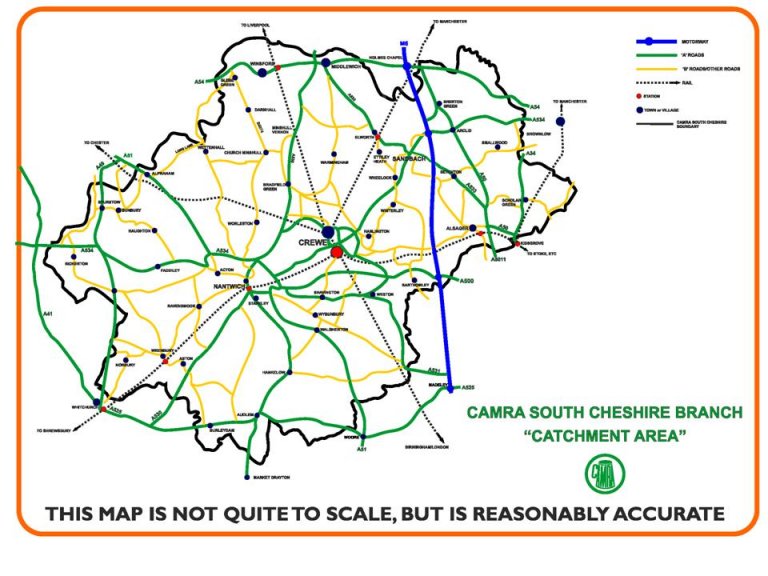 There are five CAMRA branches whose geographical areas cover parts of the county of Cheshire.

The Cheshire branches as a whole produce the free magazine "Out Inn Cheshire" which you can pick up in many real ale pubs or view online at Out Inn Cheshire.